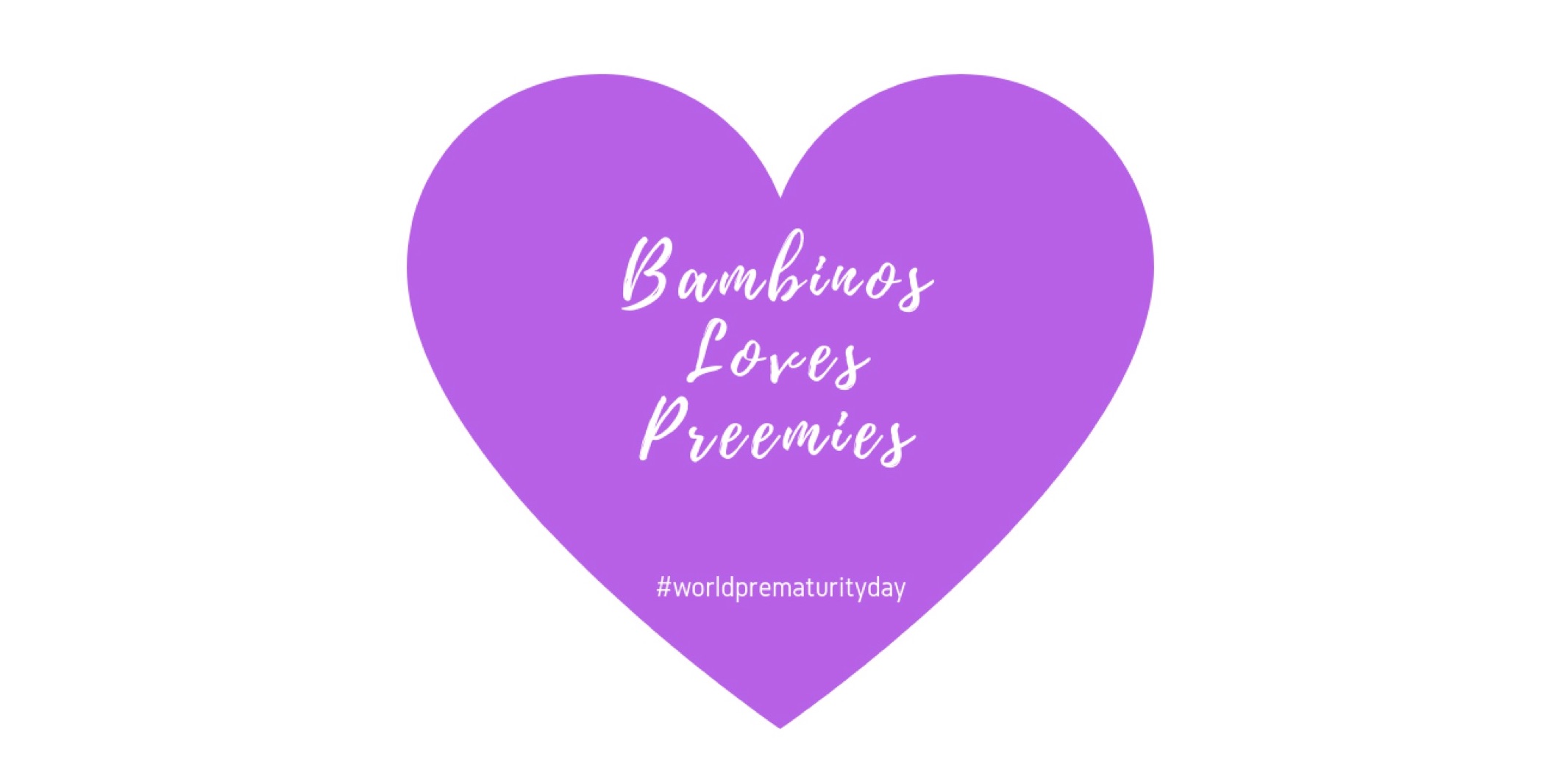 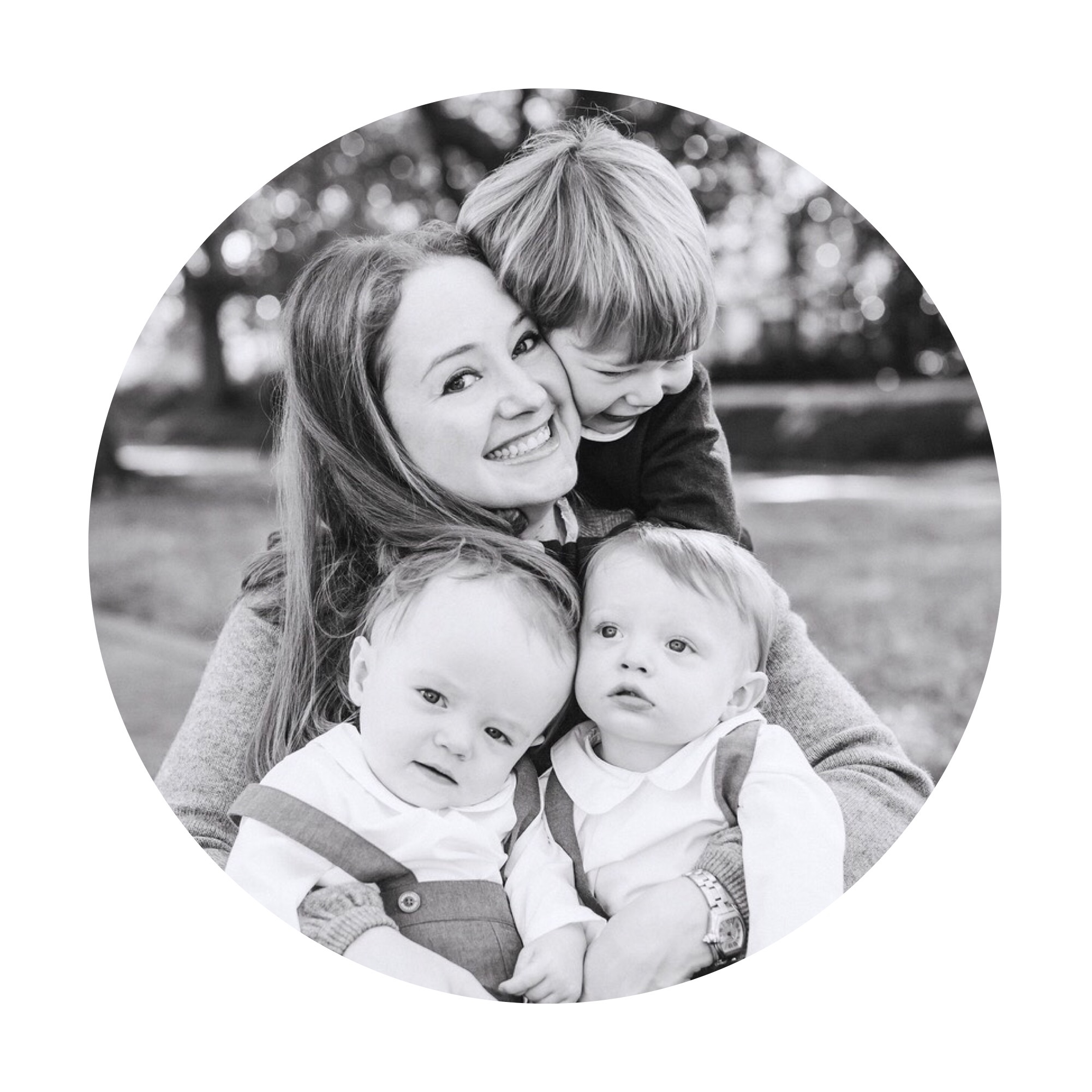 “You become an advocate the moment you tell your story.”  These words are the rallying cry of the March of Dimes, and today, I join the millions of other families all over the world who have lent their voices to champion the March of Dimes’ mission to give every baby a fighting chance.  I am truly honored and grateful to Bambinos for sharing their platform and giving me this opportunity to share our story on World Prematurity Day. 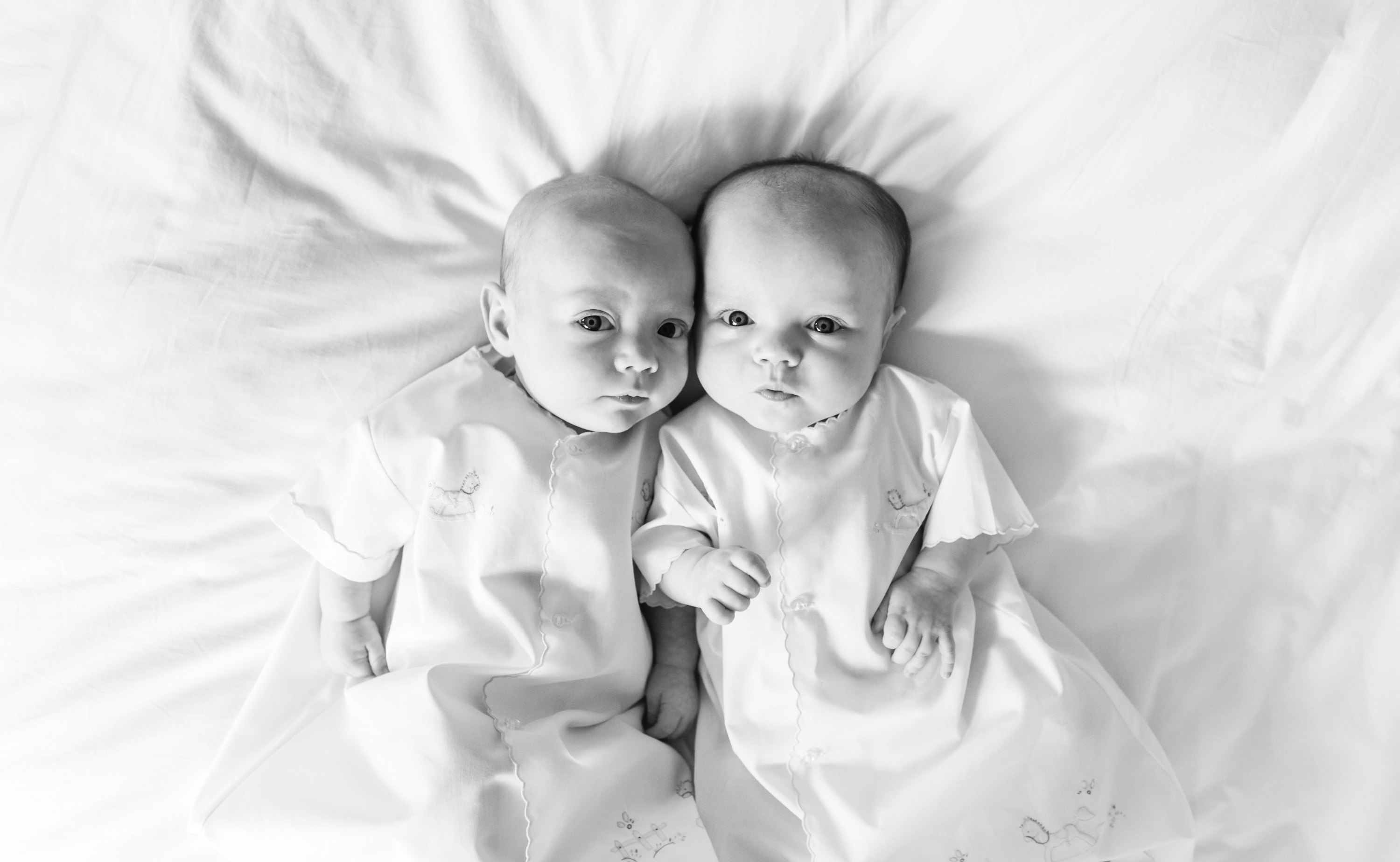 My name is Amy Parker Beeson, and these are our precious twins, Jack and George.   They were born at just 28 weeks and spent 125 days in the NICU at Texas Children’s fighting for their lives.  My pregnancy was uncomplicated, and our doctor had just given us a glowing report the day before my water broke without any warning.  Our older son, Teddy, was just 17 months old at the time, so my husband stayed home with him, and I drove to the hospital fearing for their lives alone. They were born less than 24 hours later and rushed to the NICU where they would ultimately spend the next four months of their lives.

We were too afraid to pray for a miracle that might not happen, and for reasons that stretch comprehension, those prayers that went unsaid were answered.

Although both boys were born with relatively few complications, things quickly changed.  Jack developed a severe methicillin-resistant staph infection, which spread to his fragile lungs and nearly robbed him of his life.  His lungs collapsed more times than I care to remember, and we were told over and over to say our goodbyes.  At his worst, Jack had six chest tubes inserted into his tiny lungs. He was medically paralyzed for nearly a month and placed on an oscillating ventilator in the hopes of buying him time to heal. The oscillator made the natural rise and fall of his chest invisible, and for weeks, the only signs of life were the numbers on his monitors. It was without question the scariest time in our young family’s life and one from which we may never truly recover. 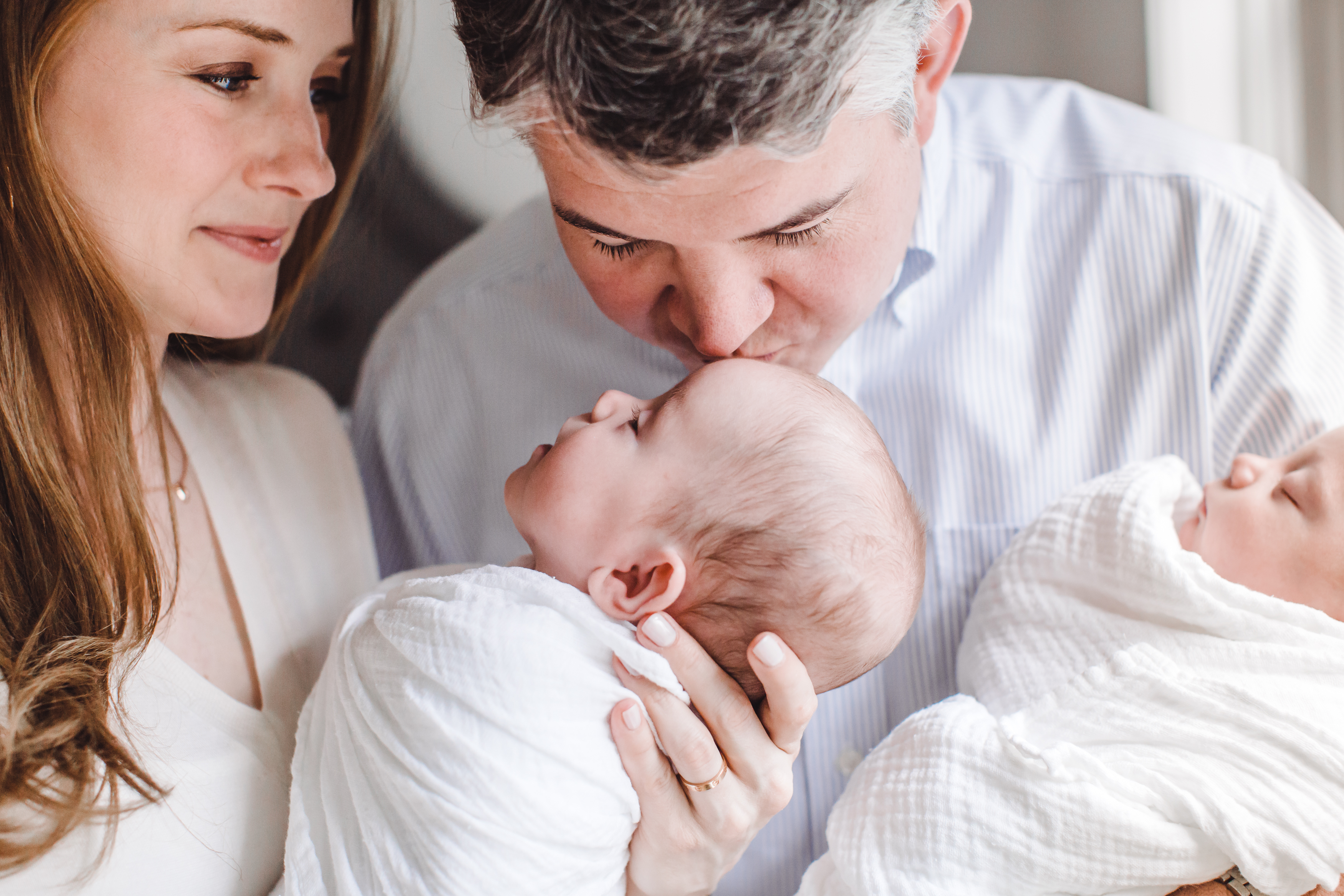 I kept vigil at Jack’s bedside twenty-four hours a day while my husband went home in the evening to care for our young toddler and wait for the phone calls that kept coming in the middle of the night to rush to the hospital.  While we watched in helpless terror,  the list of complications continued to grow.  He suffered a grade 3 intraventricular hemmorage and developed a thrombus in his right leg. The thrombus required blood thinners to treat, and we just had to hope they wouldn’t also cause his brain bleed to worsen. He also developed a secondary infection in his lungs and ultimately required more antibiotics than his tiny veins could handle. He had a central line placed in his jugular the day before his first Halloween because all other access points had been depleted. The procedure was done at his bedside while I stood in the hallway shaking because the simple process of moving him to an operating room could have put his life in danger.

On one of our darkest days, we made the difficult decision to have both boys baptized in the hospital for fear neither of them would ever make it home.  Jack’s brother, George, had just been diagnosed with the same frightening infection, and Jack’s life was hanging by a thread.   My husband and I drew the sign of the cross on their foreheads and prayed together for God’s presence.  We prayed for Him to draw close to Jack and George and make sure they knew they were not alone.  We were too afraid to pray for a miracle that might not happen, and for reasons that stretch comprehension, those prayers that went unsaid were answered. 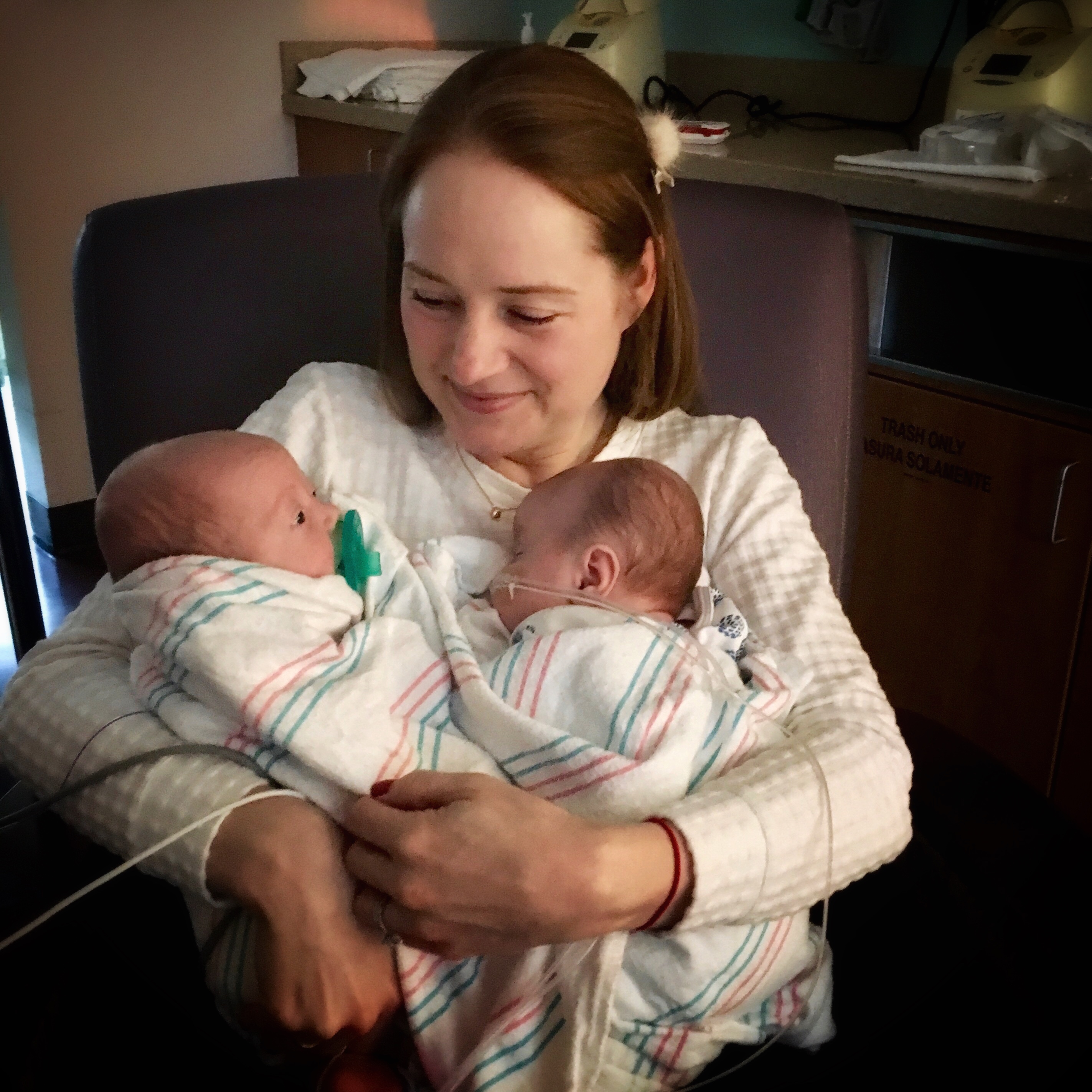 Holding Jack and George together for the first time, three months after they were born

That same night, through a chance encounter in the hallway, we met one of the nurses who I will forever credit with saving Jack’s life. She was the first person willing to tell me with conviction that they were both coming home.  I’ll never forget it, she said she had already discussed it with George and she and Jack would have to have a conversation about it, because he was coming home too.  And so they did.  The very next day, Jack opened his eyes for the first time in weeks.  Although the fight was far from over, from that day forward, his condition continued to gradually improve.  In the meantime, we were able to hold George for the first time in months and even gave him his first bottle.  Jack’s chest tubes came out one by one, respiratory support steadily declined, and somehow, by the grace of God, both boys were breathing on their own by Christmas. 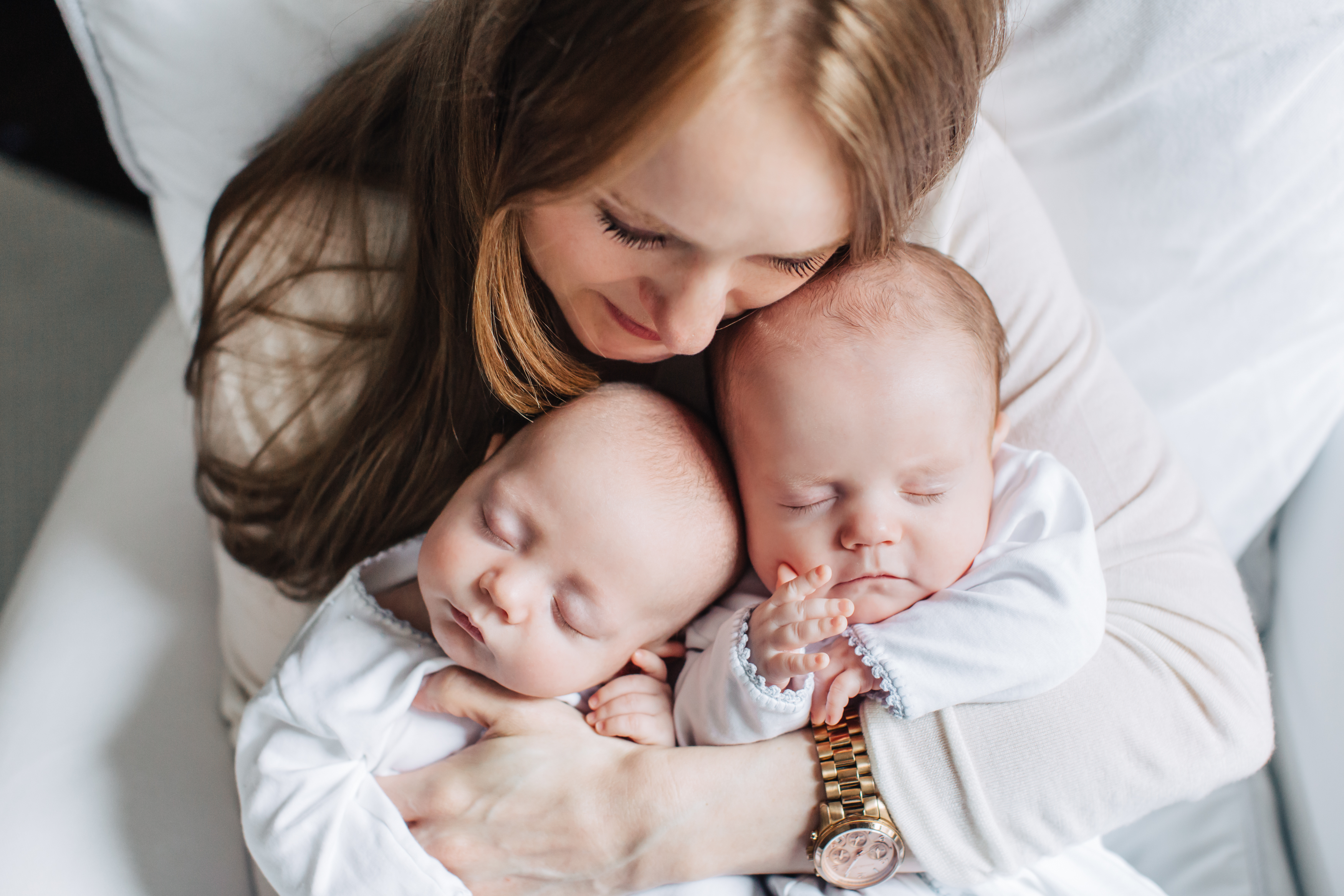 The miracle of their survival and their heroic journey home has changed our lives forever.  Two years later, there’s not a day that passes that I don’t wonder what might have been and remember just how fortunate we are to have all three of our precious boys at home. There are still challenges. Jack has had two brain surgeries since we left the NICU and countless visits with specialists and therapists. His lungs are still more fragile than other children his age, and he was hospitalized with RSV just last week. His triumphs, however, continue to amaze us. We were told he might never talk or learn to walk, but he is defying the odds. He is just beginning to talk, and he walked into preschool this fall on his own two feet. His brother, George, is thriving and the NICU is becoming more of a distant memory for him every day. 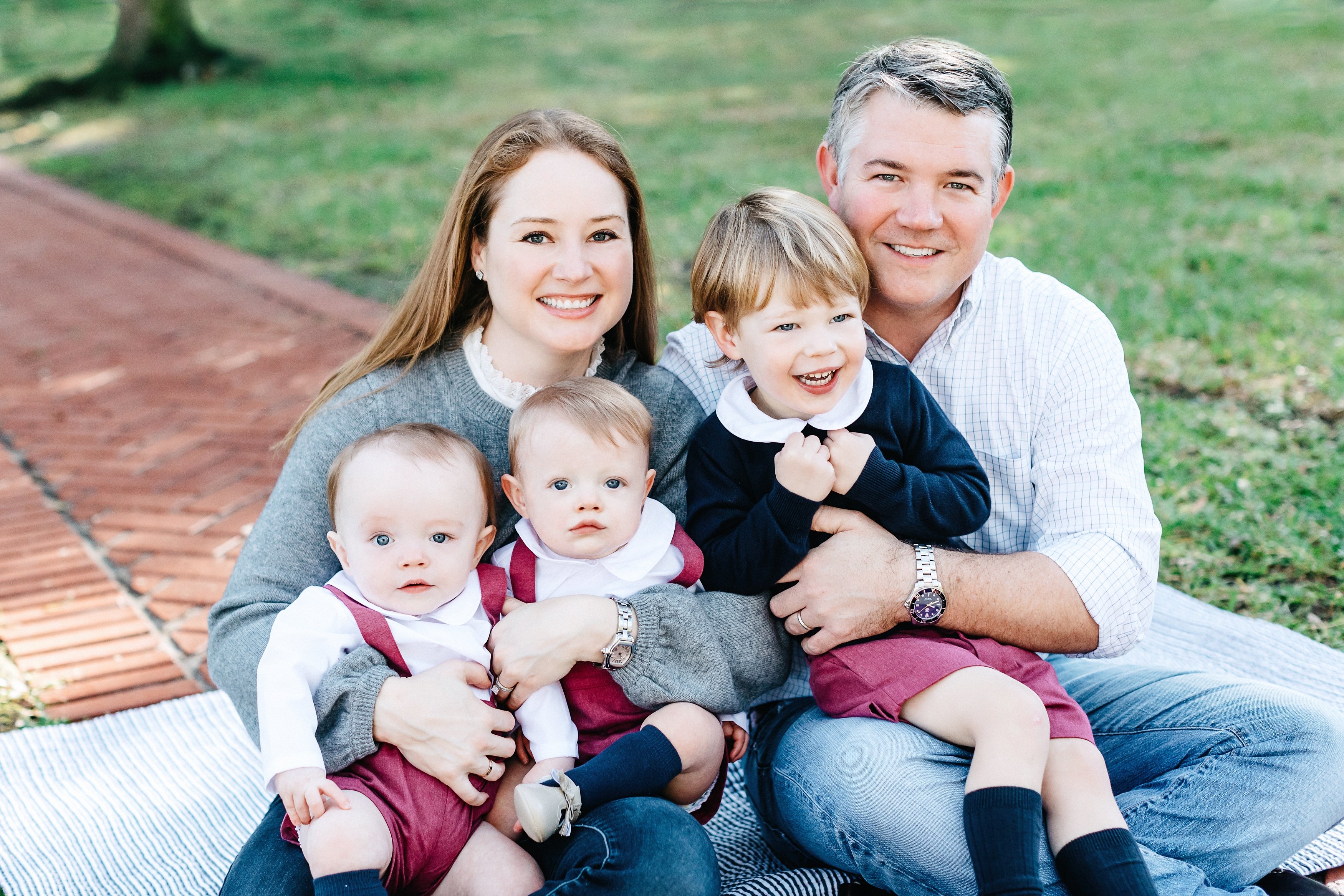 My commitment to the March of Dimes stems from both the pain I experienced watching them fight to survive and the joy I experience every day watching all three of them play together at home—right where they are supposed to be. I am eternally grateful to their medical teams at Texas Children’s and to the March of Dimes for the role it played in bringing them home. I am confident Jack and George would not have survived without the medical advances that research funded by the March of Dimes made possible. I am truly honored to be one of their most fervent supporters and so grateful to Bambinos for giving me the chance to share Jack and George’s story. Prematurity remains the leading cause of death in children under five, and we, as mothers, have a responsibility to make a difference so that every baby has a fighting chance at a healthy future. Donations to fund the March of Dimes’ live-saving mission can be made through our family’s page.